Today was the 2nd day of the National Heirloom Expo!

This event it truly an amazing gathering of like-minded people focused on pure foods.

The produce displays are out of this world: produce from all around the country, varieties that I’ve never seen or heard of before. Wild Boar tomatoes? Yes, they’re here. Georgia Rattlesnake Watermelon? Yes, those too. To have so much come together under one roof (or several roofs) is quite an accomplishment.

The Heirloom Expo is only in its second year, but already the attendance is twice as it was last year. No small feat.

I’m back again tomorrow for a cooking demonstration at 5pm and signing my cookbooks.

For those of you in the nearby area – this is really an affair to see – grab your Latte and come on out! 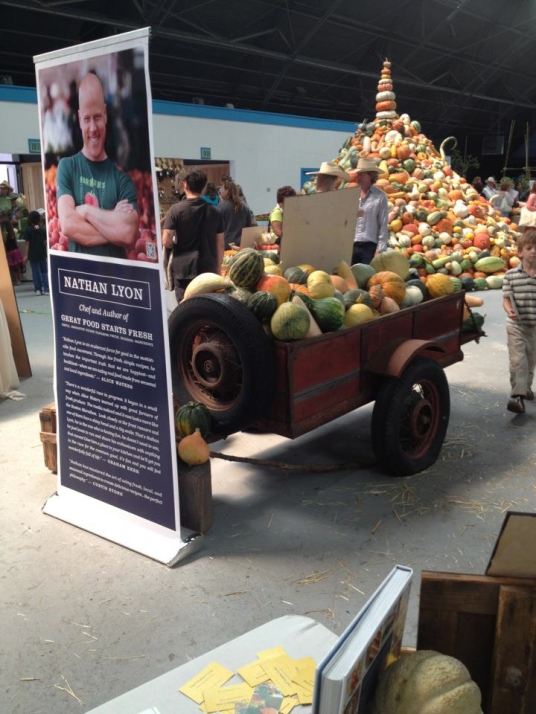